“Remembrance Day is a vital tradition. As my daughter grows up, she understands more and more why the day is so important and that it’s a time for people to remember the sacrifices her dad and many other soldiers just like him made for us.”

Eight-year-old, Evie Hebden, never got to meet her dad Royal Marine, Ralph Hebden. She was born just a few days after he died. As Remembrance Day approaches Evie’s mum, Sarah, speaks about what Remembrance means to them, how she’s teaching her daughter about its significance and how Scotty’s Little Soldiers has helped her daughter remember her dad.

Remembrance Day is a day when the whole country comes together to pay tribute to those men and women who made the ultimate sacrifice. For Armed Forces families and children who have experienced the death of a loved one, it can be one of the most difficult times of the year.

On Sunday 14th November, hundreds of men, women and children will be taking to the streets of London as they march as part of the national Remembrance parade at the Cenotaph. Amongst those taking part in the parade will be 45 bereaved Armed Forces children and young people, all members of bereaved Forces children’s charity, Scotty’s Little Soldiers, who will each have their hero, their fallen parent, firmly at the front of their mind.

Eight-year-old Evie Hebden is one of the 45 bereaved Forces children involved in this year’s march alongside her mum, Sarah. And she’ll be marching proudly with her dad, Royal Marine Ralph Hebden, in her thoughts.

Evie never got to meet her dad. Royal Marine Hebden died on 11th March 2013 after falling from a cliff-top path near his then home in Arbroath, Scotland just a few days before Evie was born.

As Evie’s grown up, she’s found it incredibly hard not having any memories of her dad. However, her mum, Sarah, is determined for her daughter to know as much as possible about her dad and ensures they talk about him a lot, including everything he achieved in the Royal Marines.

Remembrance Day therefore holds a special place in Evie and Sarah’s hearts. Coming from a Forces background, Sarah is a firm believer that the tradition of Remembrance Day should be passed down from generation to generation and is keen to teach her young daughter about its significance to help her understand the important role her dad played within our lives.

“Remembrance Day is a day for us to feel proud of everything our loved one’s achieved,” said Sarah. “It is such an important day in our family, not just because of Ralph but we’ve also experienced the death of a lot of Ralph’s unit over the years so Evie and I always pay our respects to them, as they were like family.

“Evie’s still a bit young to understand what Remembrance Day represents, but I think taking part in the Remembrance parade this year will help her get a better understanding of what it means and the hero her dad was.”

Sarah said: “Going to the parade in Liverpool is like being with family, the Royal Marines all attend so we’re always amongst people that we know. It’s a time for us to remember Ralph and for Evie to learn more about what her dad achieved and the person he was.”

As we get closer to Remembrance Day, for many bereaved Forces families, it’s hard to escape it, particularly in school, however Sarah explains Evie enjoys learning more about what the day represents. She said: “Evie’s school are so supportive, they have a Remembrance Garden at school where children can put a name of someone they’ve lost on a poppy, and Evie always places her dad’s name on her poppy.

“I’m really keen for Evie to learn more about Remembrance Day and the role her dad played within the Armed Forces. It is such a vital tradition. As Evie grows up, she understands more and more why the day is so important and that it’s a time for people to remember the sacrifices her dad and many other soldiers just like him made for us.”

This year Evie and Sarah are looking forward to joining other bereaved Forces families at the national Remembrance Day parade in London. Evie will be joining the Cenotaph march alongside other members of national bereaved Forces children’s charity Scotty’s Little Soldiers who will be recognisable in yellow and black scarves.

Evie joined Scotty’s Little Soldiers in 2013 just a few months after her dad died. She was one of the youngest members to join the charity, which was set up in 2010 by war widow, Nikki Scott. The charity was set up in honour of Nikki’s husband and father to her two children, Corporal Lee Scott, who was killed in Afghanistan in 2009. Nikki saw the devastating impact the death of her husband had on their two young children and wanted to help others in the same situation.

Scotty’s is dedicated to supporting children and young people, just like Evie, who have experienced the death of a parent who served in the Armed Forces.

The charity will play a big part at this year’s Remembrance Day parade. Scotty’s Little Soldiers took a group of 18 to the Cenotaph march in 2019 and their presence caught the attention of the public with lots of media coverage. This year the charity has arranged for a total of 76 bereaved Forces family members to take part in the march, 45 of which are children and young people the charity supports.

As this will be their first time attending the parade in London, Sarah admits to feeling a little apprehensive, but also proud to be a part of it. She said: “It will definitely be an emotional day, but I’ll also feel incredibly proud, proud of Evie and proud to be remembering Ralph. It will be a day Evie can also look back on with pride and an event she can put in her memory box.”

As well as supporting its members on the Cenotaph march, this Remembrance, Scotty’s will be ensuring their members know support is available to them and offering guidance. The charity will also be sending vouchers to all its members around Remembrance Day so they can take some time out and enjoy a meal together as a family.

Discussing the support provided by Scotty’s over the years, Sarah said: “Scotty’s has been incredible. They’ve also provided us with grants for activities such as swimming lessons for Evie and holidays.

“Evie has also made some great friends through Scotty’s, friends who know what it’s like to experience the loss of your dad before you even got to know him, and I know that’s been a big help to her over the years.” 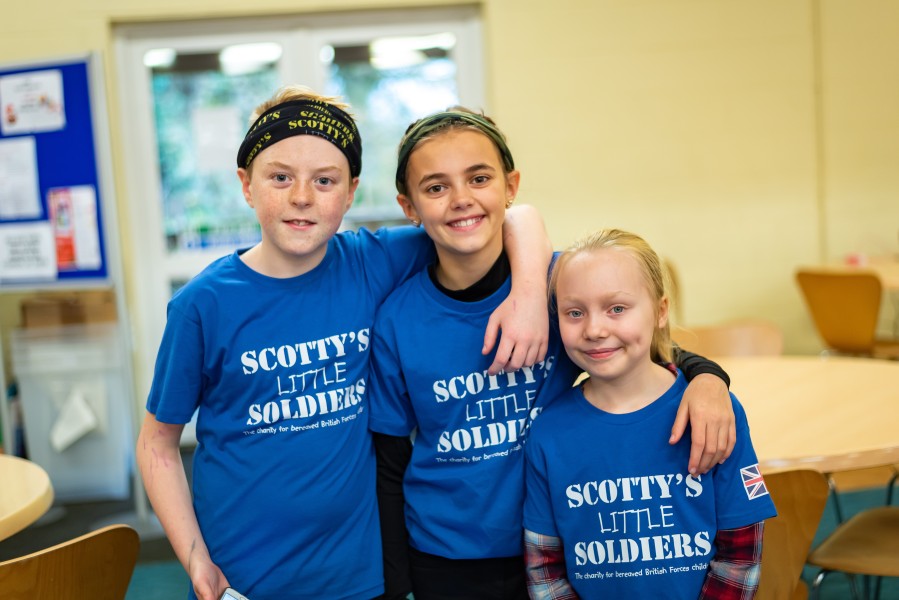 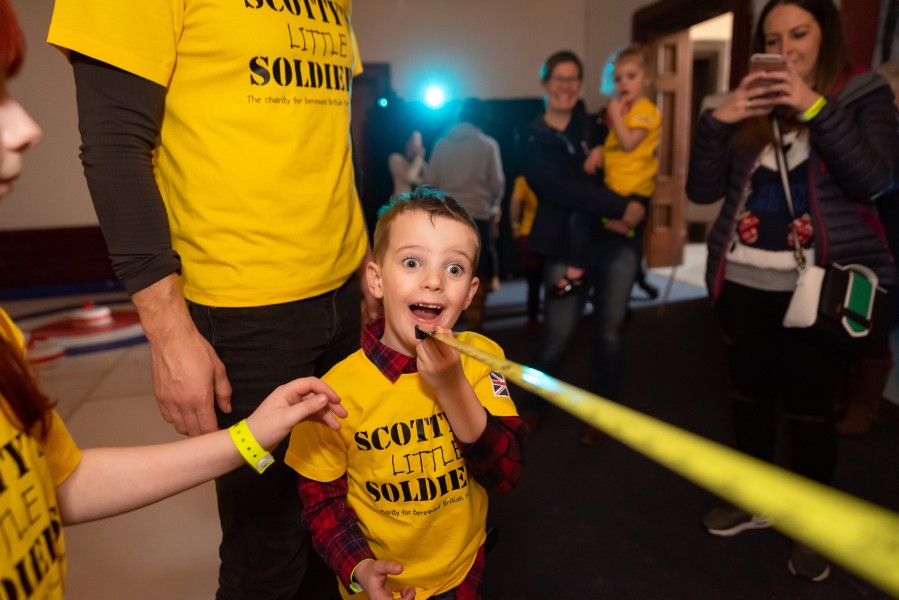