Nikki Scott, the founder of bereaved military children’s charity, Scotty’s Little Soldiers, has been awarded a British Empire Medal (BEM). Her support for young people who have lost a parent who served in the British Armed Forces has been recognised in the Queen’s 2021 Honours List.

The British Empire Medal is a British medal awarded for meritorious civil or military service worthy of recognition by the Crown.

Nikki set up Scotty’s Little Soldiers in 2010 in honour of her husband, Corporal Lee Scott, who was killed in Afghanistan the previous year. Nikki saw the devastating impact Lee’s death had on their two young children and wanted to help others in the same situation.

Scotty’s is always there for bereaved British Forces children and young people to remind them they are not alone. This includes offering wellbeing care and providing educational support and grants, respite breaks for families that need to get away, and gifts at extra difficult times of the year. Scotty’s also connects bereaved Forces families with others in the same situation by arranging events and activities to help them to feel part of a supportive community.

Commenting on being awarded a BEM, Nikki said: “This is a complete surprise and a huge honour. I’m delighted the work that Scotty’s does has been recognised in this way. There’s a team of us that work hard to ensure bereaved Forces children are getting the support they need, so I am accepting this on behalf of us all.”

Nikki will be presented with her medal at a local ceremony and will be invited to a Royal Garden Party when Covid related restrictions have eased. 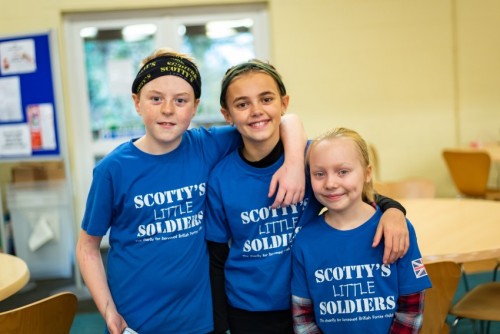