What does Piers Morgan’s support mean to Scotty’s?

The charity’s founder, Nikki Scott, explains what it means to her and the team that Piers Morgan is playing for Scotty’s on Who Wants To Be A Millionaire?

When I found out Piers Morgan had chosen Scotty’s as his charity for Who Wants To Be A Millionaire? I couldn’t believe it. Piers has shown his support for Scotty’s in the past – he’s tweeted about the work we do, and he invited my daughter Brooke and I to go on Good Morning Britain, where he really helped spread the word about Scotty’s – we were already so grateful to him, but this is on another level.

Who Wants To Be A Millionaire? has been on our TV screens since 1998 and it’s watched by millions and millions of people. It’s a show that I have always watched and enjoyed and when I’ve seen celebrity specials, where they play for a charity, I’ve always thought what an amazing opportunity it is for them.

Scotty’s Little Soldiers supports children who have lost a parent in the British Armed Forces. Since starting the charity in 2010 we’ve helped and continue to support hundreds of families, and we know what it means to them to feel part of a supportive community of people who truly understand what they are going through.

Grief can’t be fixed. It’s not the same for everyone, and there isn’t a solution, but there are ways to make it more bearable. Children who have lost a parent struggle in many different ways and the pain might ease off for a while, but then return unexpectedly. We are here for them in those difficult times and we also try to bring happiness back into their lives.

My reasons for setting up Scotty’s Little Soldiers are very personal. On the 2nd June 2009 my husband, Lee Scott, left our home to do his tour in Afghanistan. Lee was a Corporal in the Army and loved his job. He was also an amazing husband and he was completely devoted to our two children, Kai and Brooke. On the 10th July 2009 my world was totally turned upside down when I had the knock at the door that every Army wife dreads, and I was told that Lee had been killed in action. My world fell apart.

The most painful thing for me was knowing our two precious children would now have to face life without their dad. Brooke was just 7 months old. She would have no memories of her time with her daddy, and Kai was only 5. How was I going to tell our gorgeous little boy that his daddy wasn’t coming home?

When I did sit Kai down on his bed to tell him, it was the hardest thing I’ve ever had to do. From then on Kai completely changed as a little boy, he became really withdrawn, had horrific nightmares, he just wasn’t my happy Kai anymore, it totally destroyed his world and there was just nothing I could do to take his pain and hurt away.

About 9 months after Lee had been killed, my family took us away on holiday and it was as I sat watching Kai in the pool, laughing and smiling with his cousins, I could see my old Kai returning. I realised that I hadn’t seen him laugh like that in months. It was a real turning point for me. I suddenly realised that I needed to sort myself out and show the children that life was for living and that’s what Daddy would have wanted. I then started wondering how many other children had lost a parent who served our country and were suffering just like Kai was. So, after that holiday, with the support of my incredible family and friends, we set up Scotty’s Little Soldiers, the charity dedicated to supporting bereaved British Forces children.

Since the charity was set up in 2010, it’s grown and grown. We’ve identified so many things that bereaved children need and we’ve done everything possible to provide the best support.

This year alone, Scotty’s has supported over 450 children and young people. What’s quite unique about what we do is that we are here for them throughout their childhood, right into early adulthood. The support we provide includes wellbeing care and educational support and grants, respite breaks for families that need to get away, and gifts at extra difficult times of the year. Scotty’s also connects bereaved Forces families with others in the same situation by arranging events and activities to help them to feel part of a supportive community.

We’re a national charity, but we only have a very small team to deliver this support and there is still so much more we need to do and so many other bereaved Forces children we want to reach. We really hope that Piers can help with this. Any funds he wins for us will obviously be so gratefully received, but also the awareness his appearance on Who Wants To Be A Millionaire? brings is extremely valuable. It’s so important that we can spread the word of the work we do, and Piers has a very high profile, so to have him on board as a supporter means so much.

Piers really understands Scotty’s and it’s a charity close to his heart. His brother is a serving Army Colonel with four children, and Piers also knows first-hand what it is like to lose a parent at a young age, as he was just a baby himself when his father tragically died. His mother re-married and Piers has a very close relationship with his stepfather, Glynne Pughe-Morgan.

When I told my daughter Brooke, who is now 12, that Piers was supporting Scotty’s and why, she instantly felt connected to him. “He’s just like me”, she said. Brooke was a baby when her dad died and she has a great relationship with her step-dad, Joe, but that doesn’t mean she doesn’t miss and grieve for Lee every day, and it means a lot to her that Piers understands.

When it was announced that Piers was going on Who Wants To Be A Millionaire?, I got lovely messages from some of the families we support. They are really excited and can’t wait to tune in on Boxing Day. At Scotty’s we are like family, and even though that sounds cheesy, that’s how it feels to us, so this means a lot to us all. Piers is part of our family now, and we are right behind him. If he wins a fortune, that would obviously be incredible, but if he comes away with nothing, he’s still publicly expressed his passion for Scotty’s and raised our profile, he’s given the bereaved Forces families we support a real boost at the end of a hard year, and he’s shown us real kindness. I know Piers is someone that divides opinion, but to us he is a legend. I only wish that Lee could know that the charity, set up in his honour, is being recognised in this way. I think he’d be well chuffed!

Remember to watch Who Wants To Be A Millionaire? on Boxing Day at 9.30pm on ITV. 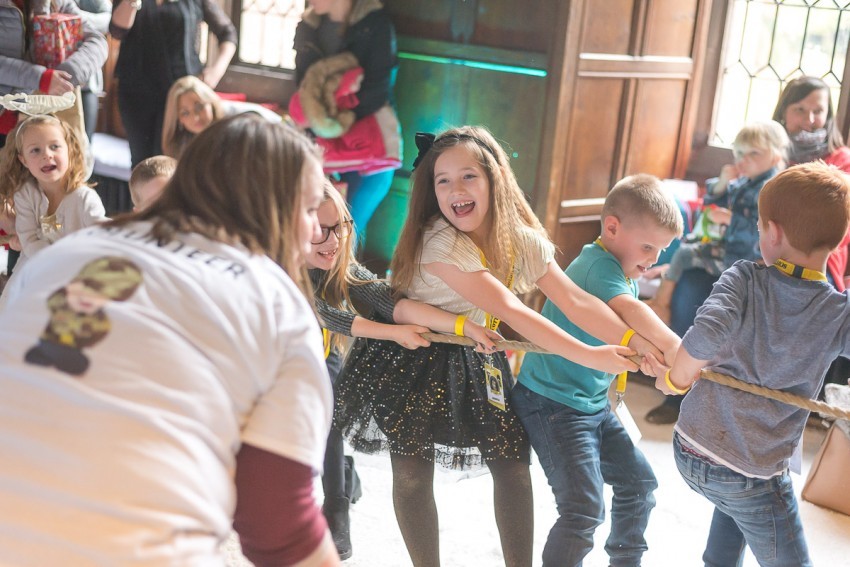 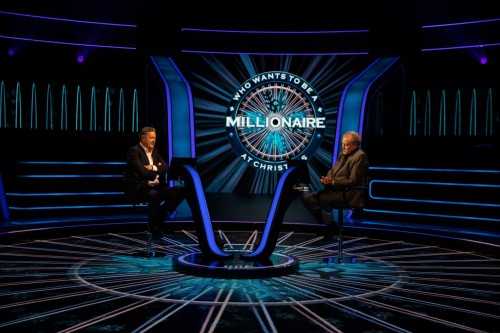