WO2 Yeoman of Signals (Electronic Warfare) Ian Garner was a doting father, avid walker and hardworking soldier in the Royal Corps of Signals. He served for over 20 years, during which time he completed tours of Bosnia, Afghanistan, Northern Ireland and more. He loved being out in the countryside and was in the process of training to be a life coach. Of all his achievements, however, the thing he was most proud of were his three children: Cambell, Austin and Gracie.

On the 13th of April 2014, Ian died of an aortic dissection. He was 38 years old. His boys were aged ten and seven and his daughter was almost two.

WO2 Yeoman of Signals Ian Garner, holding his daughter, Gracie

Talking about Ian, his wife, Cheryl, says: “We laughed every day. He was very talkative, very hardworking, very caring. Everyone who knew him said he was always there if they needed to chat to someone, and if any of his staff needed something he would bend over backwards to try and get it for them.”

In his free time, Ian was extremely active and loved hiking around the countryside.

“He was big family man and loved taking us all out on long walks around the Lake District while he carried our daughter, Gracie, on his back. Sometimes him and our eldest, Cambell, would fill their backpacks with food and drink and just go walking for miles together. He loved getting outside whenever he could.”

Ian with his three children, Cambell, Austin and Gracie

For Cambell, who is now 18, one particular trip holds a special place in his heart: “We were at the Lake District and me and my dad went for a walk up Stickle Pike,” he says. “It was raining and misty, but we walked all the way to the top together. Just me and him.”

Like his older brother, 15-year-old Austin’s favourite memory of his dad is also from the Lake District: “We were in the car and there were lots of sheep around. Dad was pretending we were racing them. It was really funny.

When he wasn’t walking or working, Ian enjoyed sitting down in the evening with his two boys, Cambell and Austin, to watch films and play videogames together.

“He was a big kid, really,” says Cheryl. “Gracie was too young to get involved, but luckily Ian worked shifts so he was still able to spend lots of time doting on her.”

Ian on a rowing boat with Cambell and Austin

Cheryl and her family remember their hero in a few different ways, but prefer doing things that feel relaxed and natural.

“We have a photo album full of pictures of the kids with their dad that we look through,” she says. “I really like doing that with Gracie. Because she was only two when Ian died, she doesn’t really have any memories of him, and it’s a way of reminding her that they did things together.”

Despite having no memories of her dad, Gracie, who is now 10, is able to feel connected to him thanks to the stories her mum and brothers tell her.

She says: “When I was a baby, my dad used to sit me on his knee and bounce me up and down wildly to the song ‘Animals’ by Martin Garrix and I would laugh my head off.”

In addition to looking at photos, Cheryl buys a bauble every Christmas for the children to put on the tree in memory of their dad, and she’s currently making memory blankets for them out of his old clothes, which they can take with them wherever they go.

Ian’s memory isn’t just limited to objects. There are lots of similarities between the children and their dad that keep him in their lives – especially his sense of humour.

“Cambell looks like a carbon copy of his dad, especially as he’s getting older. He also very funny and a bit of a socialite, which he gets from Ian. All the kids are really quick-witted. We all miss him, but I know he would have wanted us to keep laughing every day, and we do.”

One of Cheryl’s favourite memories of Ian took place on her birthday, just a week before his death: “We went to Frankie and Benny’s and when we arrived Ian told them it was my birthday, thinking we might get a free slice of cake or something, but then some staff come out singing happy birthday and everyone started to join in and we both just burst out laughing. I hate any kind of attention and wanted the earth to swallow me up, but at the same time it was so funny I just couldn’t help it.”

Cambell, Austin and Gracie joined Scotty’s in 2014 and have been supported by the charity ever since, benefitting from Scotty breaks, grants and access to one-to-one bereavement support. They have also attended a number of Christmas parties, where they were able to meet hundreds of bereaved military children who understand what they’ve been through.

Ian and Cheryl on a night out together

“Scotty’s are brilliant,” says Cheryl. “We’ve been to a few breaks and Christmas parties, and Gracie is going on a residential with her school this year that Scotty’s have helped pay for, which is amazing. We’ve done loads of things we would never have been able to do otherwise. The children really do feel supported by them and know that they’re not alone. They know if they’re struggling they can always talk to someone at Scotty’s...” Cheryl continued: “When Ian was alive we lived at RAF Digby. When you live in that military environment you have this support network right on your doorstep, but after he died and we moved away, that all disappeared. I was worried we’d struggle to find more support, but the charity has helped provide that. Just knowing Scotty’s is there is really comforting.”

“Scotty’s has done so much for me and my brother and sister,” adds Cambell. “Scotty’s being there means we know there’s always someone looking out for us. It also means that we get some guaranteed family time together every year, whether that is a Scotty break, travelling to the Christmas party or using vouchers for a meal together. That means a lot.”

Ian sat in the countryside with his children 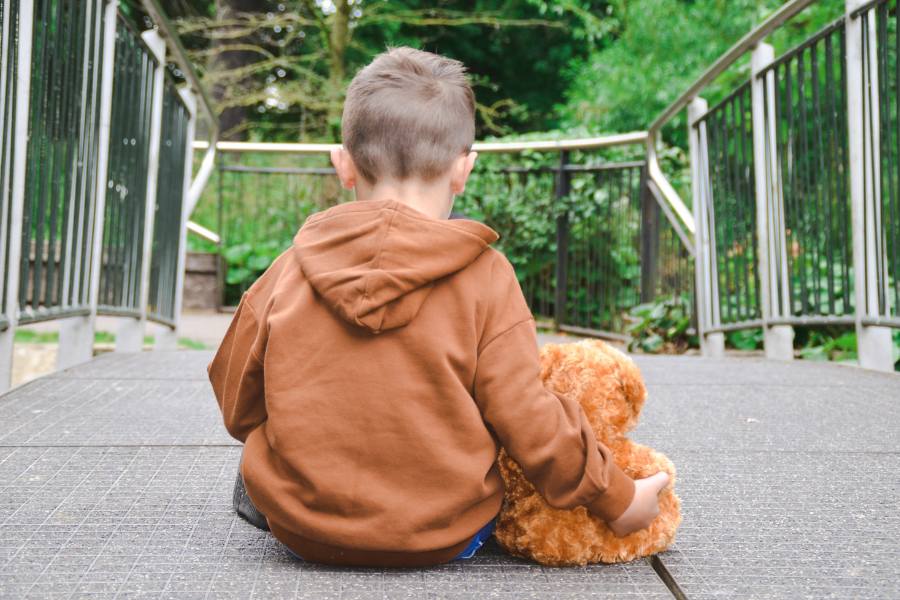 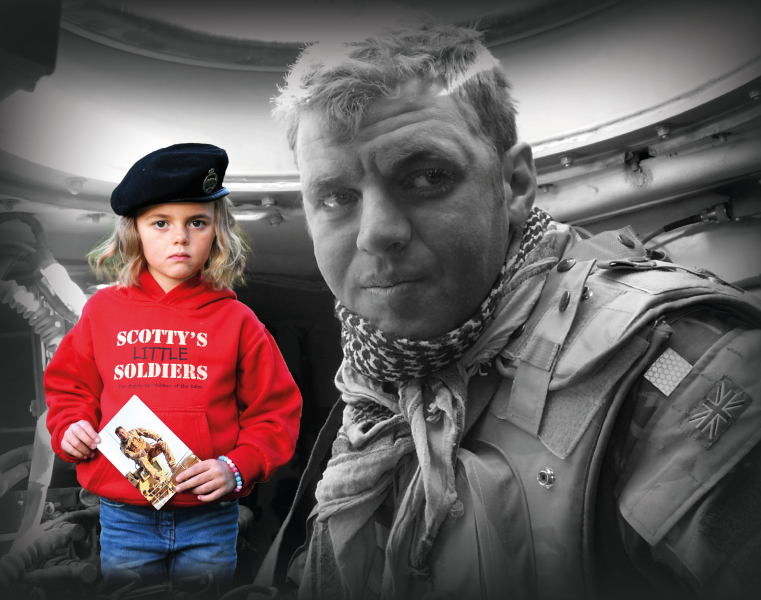